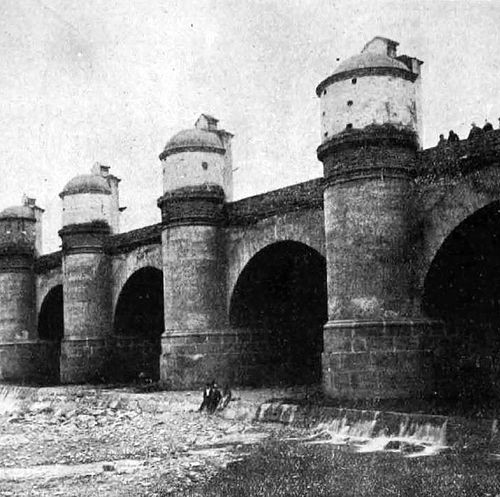 The winter of 1888 was much more bitter and colder than normal for the city of Santiago, capital of Chile. For the canalization of the river Mapocho it was decided that the emblematic Calicanto bridge had to be destroyed, a terrible fate that many of the inhabitants of the city mourned the 10th of August of that year. Mapocho, that splits the city in two, is usually a small river. However, the winter rains can increase its stream to a worrisome scale. This circumstance led to the construction of a bridge that connected the two halves. The bridge became a symbol of the city and an important commercial area, and is cheerfully remembered by Santiago inhabitants even today, almost a century and a half after its demolition. The bridge had 202 meters of length, 12 meters of height, 9 arches and 8 piers. Two of the piers never got touched by the water, and for that reason the santiaguinos used to say that “the bridge was too bridge for so little river”. The bridge was built using mostly prisoners as working power, lime from the region of Polpaico, stones from Cerro Blanco and more than two hundred thousand eggshells, that were used as binder.

Beyond being a component of an emblematic bridge, the eggshell was a huge evolutionary innovation. While frogs and other amphibians must lay their eggs in a body of water, the eggshell of reptiles and birds protects the embryo from desiccation and microorganisms, and made possible for vertebrates to free themselves of the slavery of the liquid element. Eggs from most birds are also highly mineralized with an external layer of hydroxyapatite, not unlike the mineral component of our own bones. 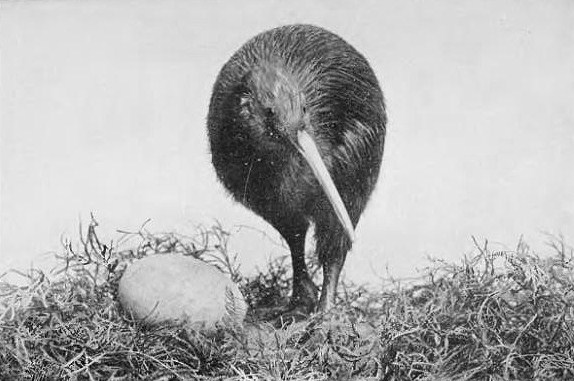 Bird eggs are a highly common food source for humans all over the world. While probably nearly all bird eggs are edible, chicken (Gallus gallus) are the most important industrial egg producing species bar none. Chickens have been domesticated and bred for increasing egg production, and its success as farm animal is direct consequence of the products of this selection. An average commercial hen can lay approximately one egg per day during several years. Each of those eggs have a hard mineralized egg, which at the end implies an impressive amount of calcium that have to be mobilized in their bodies, either from dietary intake or from natural reservoirs, such as the bones. Even without such marathonian lifestyles, egg laying is highly demanding for most birds. It is quite normal that birds lay clutches of eggs in short periods of time, an impressive task for any sparrow or parakeet. We even have the extreme case of wingless kiwis, who lay dozens of eggs along their lives that weight one fifth of the mother’s body mass. 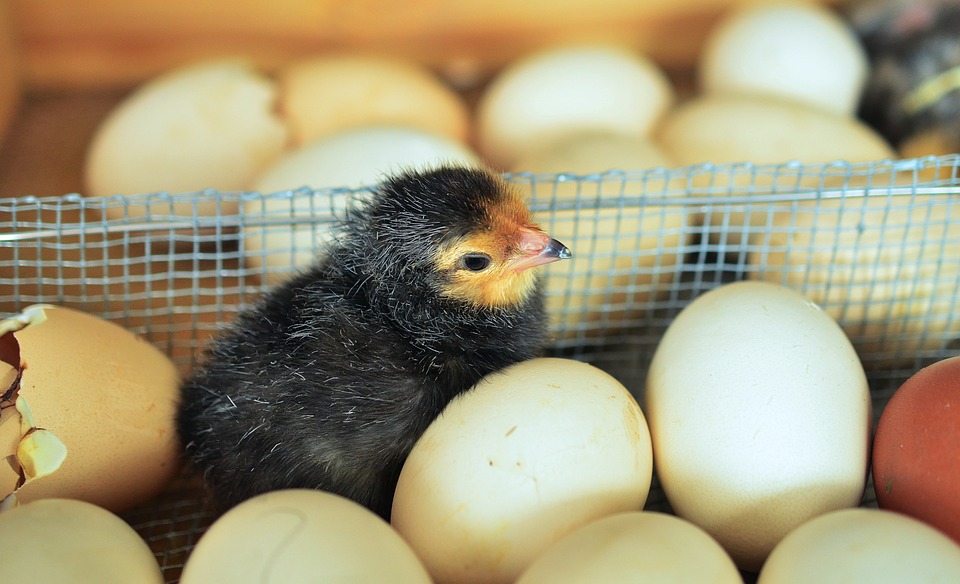 Due to the economical and sanitary relevance of chicken eggs, the process of eggshell formation has been widely studied. An army of proteins scavenge calcium from the intestines, kidneys and bones, and transport those ions through the blood plasma and using cell to cell connections. Many more proteins are involved in shaping the amorphous calcareous mineral into a rounded uniform layer around the egg. And in the middle of that process our tiny protagonist, the enzyme carbonic anhydrase, makes its wonder.

Carbonic anhydrase is not an obscure protein. Present in erythrocytes and blood plasma, its job is to keep the proper concentrations of carbonate ion in the body fluids. Carbonate salts are pH buffers with an amazing twist: it is the other side of the gaseous carbon dioxide. Carbon dioxide is produced by cell respiration and other metabolic processes, and thus is an easily available resource for the body. In normal conditions can be easily eliminated from the organism through ventilation. However, when accumulated in presence of cations, such as calcium, it can precipitate in the form of carbonate salts. Carbonic anhydrase prevents both the pH drop caused by high soluble carbon dioxide and the formation of solid precipitates in the body fluids of vertebrates, but it also uses that same principle to precipitate calcium carbonate in the eggshell. It is a zinc-containing protein with several forms encoded by different genes, with little sequence conservation. The main form for eggshell formation in chicken is carbonic anhydrase 2 (CAH2), that, as it happens with their mammalian homologs, is also required for bone mineralization and general carbonate homeostasis. The central role in several important aspects of vertebrate physiology explains why its sequence and orthology is well preserved in the vertebrates tree of life, as que can observe in our tree of the month from the chicken phylome for Quest for Orthologs.

https://es.wikipedia.org/wiki/Puente_de_Calicanto (Only available in spanish)